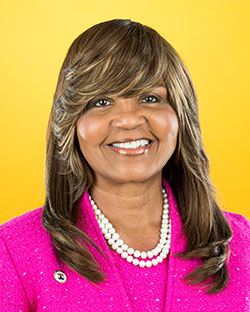 Lisa Garrett is the Director of Personnel for the County of Los Angeles, and was appointed to the position on March 30, 2010. She comes to the Department of Human Resources (DHR) with more than 25 years of public service in both the City and the County of Los Angeles. She began her public service with the City of Los Angeles as a Council Aide for Councilman Gilbert Lindsey. Later, she served as an investigator in the Housing Department with the responsibility of assisting landlords and tenants to comply with State and local statutes and regulations in the areas of landlord/tenant, housing and building and safety law. Ms. Garrett moved to the county of Los Angeles in 1994. She served as a Deputy district Attorney in the District Attorney’s Bureau of Family Operations. Seven years later she moved to the Child Support Services Department (CCSD) upon its creation in 2001, where she served as Assistant Division Chief in two large divisions; the Executive Assistant to the Director, and as the Chief Deputy Director and the Chief Attorney before being appointed as Acting Director of Personnel. Lisa is a graduate of the University of California at Los Angeles with a Bachelor’s Degree in psychology. Also, she holds a Juris Doctorate from the Southwestern University School of Law. She is an active member for the State Bar of California, the Los Angeles Bar Association Labor Employment Law Section, the Society for Human Resource Management (SHRM), and the International Public Management Association (IPMA).