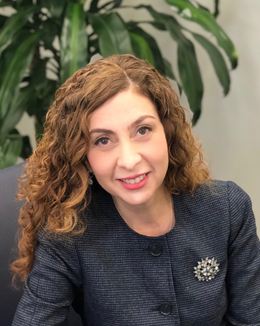 Her accomplishments include working in collaboration with the City Attorney and the Public Defender to create a gang diversion program called Community Uniting for Resolution and Empowerment (C.U.R.E.).  She assisted in the creation of the Prostitution Diversion program along the Figueroa Corridor, which has since been expanded to include the entire City of Los Angeles.  During her time as Division Chief, she managed the successful transition of APD into juvenile practice.

Throughout her career with the APD, she has participated in numerous boards and committees including, Mexican American Bar Association (MABA), and California Rural Legal Assistance (CRLA).  She worked in collaboration with other criminal justice partners, including the District Attorney, Sheriff, Probation, Public Defender, Department of Mental Health and City Attorney while sitting on numerous steering committees such as Office of Diversion and Reentry, LEAD, Homeless Initiative, LA Door, Mental Health Diversion, and Community Collaborative Court. Ms. Anzoátegui also had the opportunity to sit as a commissioner on the Blue Ribbon Committee on Public Safety.

Ms. Anzoategui graduated from UCLA, with a bachelor’s Degree in Social Psychology and minor Business. She graduated from Loyola Law School where she decided to focus on becoming a defense attorney.