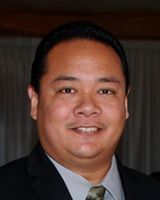 David Turla, Principal Analyst, Chief Executive Office. Mr. Turla is responsible for special projects within the CEO's Public Safety Cluster, including Public Safety Realignment (AB109), Citizen's Commission on Jail Violence, and the Sheriff's Jail Plan. Prior to his current assignment, Mr. Turla was the Plan Administrator for the County's 457 and 401(k) plans. Mr. Turla has a bachelor of science degree in Neuroscience from the University of California, Los Angeles and a Master of Public Administration from the University of Southern California. Mr. Turla has been an active member of Management Council since 2009.