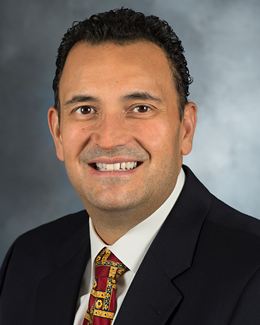 Steven Hernandez started his County career with ISD in 2001. While at ISD he attained the level of Section Manager, Administration, and managed several sections in Human Resources, Planning and Analysis and Contracts Administration. Mr. Hernandez left ISD in 2008 and spent several years with the Department of Health Services as a Manager in Contracts and Grants. In 2012, Steven left DHS to become the Administrative Deputy for the Assessor. Mr. Hernandez managed several divisions as the Admin Deputy and was instrumental in guiding the department through several years of change management. In 2016, Mr. Hernandez was promoted to Assistant Assessor and is responsible for Administrative Services, Information Technology, Legal, Legislative and Regulatory Affairs and Public Affairs.  Steven received his bachelor of science degree in Industrial Management from California State University, Los Angeles in 1992. In 1996 Mr. Hernandez was awarded his Juris Doctorate from the University of Southern California, Gould School of Law. Steven is a member of the State Bar of California. He is also a licensed Property Tax Appraiser.